Eindhoven based 3D printing company, Marketiger, is unique in the Netherlands. It focuses entirely on printing full-colour 3D objects, including figurines (statuettes) and maquettes and does this exclusively with the Mimaki 3DUJ-553. Founder, Maikel de Wit, sees Mimaki as a reliable partner that enables his company to face the future with confidence.

At young company Marketiger, thousands of full-colour statuettes are produced annually, all of which are based on 3D scans of people. Many of these miniature dolls can be purchased at Dutch tourist attraction, Madurodam, a miniature park that offers its visitors the opportunity to be scanned in 3D.

“It’s really funny how many of those miniature people come out of the printer”, says Marketiger founder Maikel de Wit. “But we also print maquettes, scale models and basically anything that customers need. And we do it all with our Mimaki 3D printer. It runs 7 days a week, 24 hours a day, 365 days a year.”

With a background in graphic design, commercial economics and marketing, Maikel bought his first 3D printer four years ago while on holiday in Greece. He soon became obsessed with the creative possibilities and decided to investigate whether he could use his fascination with 3D printing to start a company: Marketiger. Four years later, his company is now flourishing, with Mimaki as its most important technology partner.

From monochrome to millions of colours
Success didn’t arrive overnight for Maikel. Marketiger started out with a few dozen single-colour Prusa 3D printers, with which the company printed all kinds of marketing tools, including key chains, business cards and USB sticks. These could be personalised by customers and were often painted by hand. However, this wasn’t a scalable business model and Maikel struggled to make the business profitable.

“As a marketer, you always have to do things differently to your competitors, or you won’t stand out from the crowd. It’s the same with 3D printing. You want to deliver the best possible product to your customers for a competitive price.”

Maikel decided to invest in a number of multi-colour printers that he built and programmed himself, but after a few experiments it turned out they weren’t reliable enough for high production volumes: “We also wanted to be capable of delivering larger quantities to our customers, with fewer technical problems, and preferably with an even better quality.”

In the meantime, he became increasingly involved in the 3D printing world and came into contact with Mimaki, who had just launched their first 3D printer. Maikel was already familiar with full-colour powder-based prints, but found them to be of poor quality. “The material is fragile and loses its colour within a year. As far as I’m concerned, you cannot sell that kind of product to customers”, says Maikel.

However, he was very impressed by the new 3D printer from Mimaki, which works on the basis of UV-cured polymer resin. “This 3D technology from Mimaki is totally unique in the market and I consider it to be the perfect replacement for the older powder technology. Not only is it a superb machine, it also prints in millions of colours and with a base material that is way stronger and a lot more colour-fast.”

24/7 production
For a relatively small company such as Marketiger, a Mimaki 3DUJ-553 3D printer was an important strategic investment. That’s why it was vital to thoroughly evaluate the machine beforehand. “For two months we tested the printer extensively to see if it could handle the desired production volumes. During that time, Mimaki supported us extremely well, answering all our technical questions and listening carefully to our wishes.”

At the end of the trial period, the Mimaki printer had passed the test with flying colours and Marketiger decided to purchase the printer. “It was quite daring to choose a 3D printer from a company known worldwide for its industrial 2D printers, whilst being relatively small in 3D printing. But I have faith in Mimaki’s printers and technology, and I believe there is a market to be found for the products that can be created with it. This was a key factor in making our choice.”

Marketiger has since become an extremely successful 3D printing company, where the Mimaki 3DUJ-553 is continuously producing 3D prints. This success is in part due to the quality of the product, but also to the personal and customer-oriented approach. It was thanks to this combination that Marketiger was able to acquire Madurodam as a customer, which previously had its miniatures produced by a large, international supplier.

“We are really seeing a shift in the market in that area”, Maikel explains. “Even large organisations are now looking for companies like us. Clients want to work with a company that can produce high volumes but also take a flexible, customer-oriented approach. The fact that we can communicate with our customers quickly and accurately is what really differentiates Marketiger in the industry.” 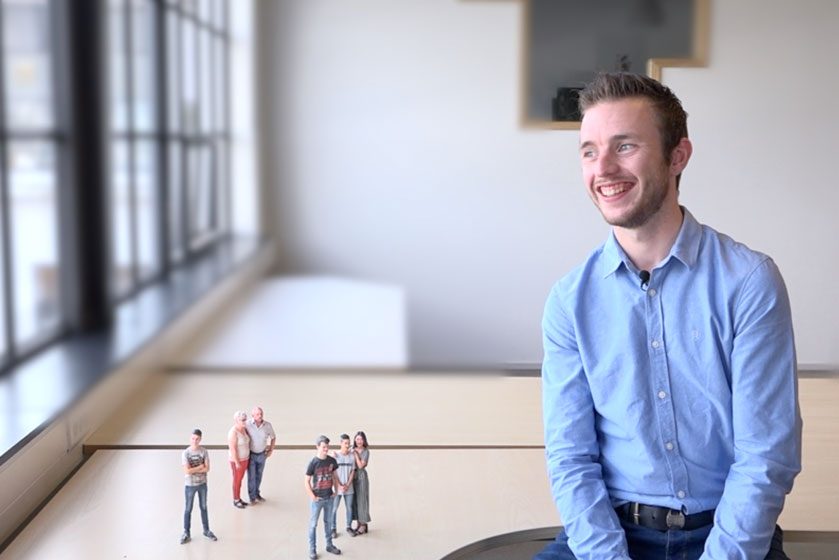 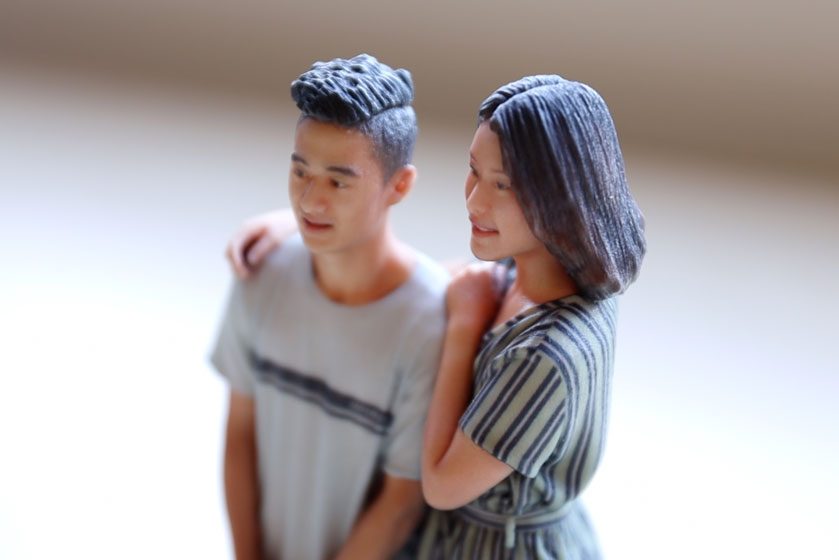 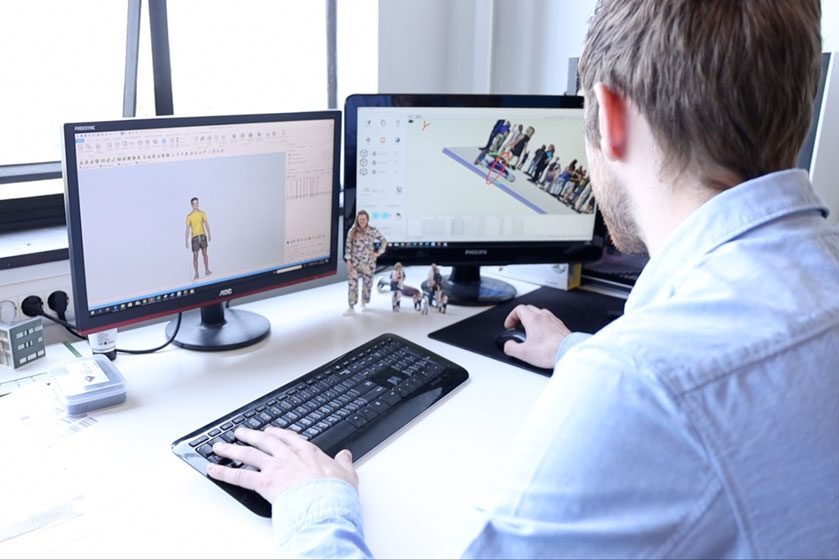 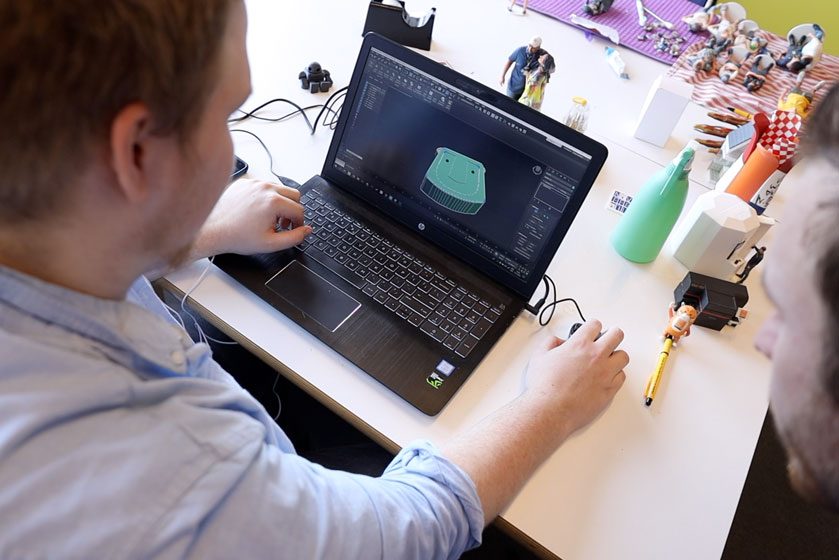 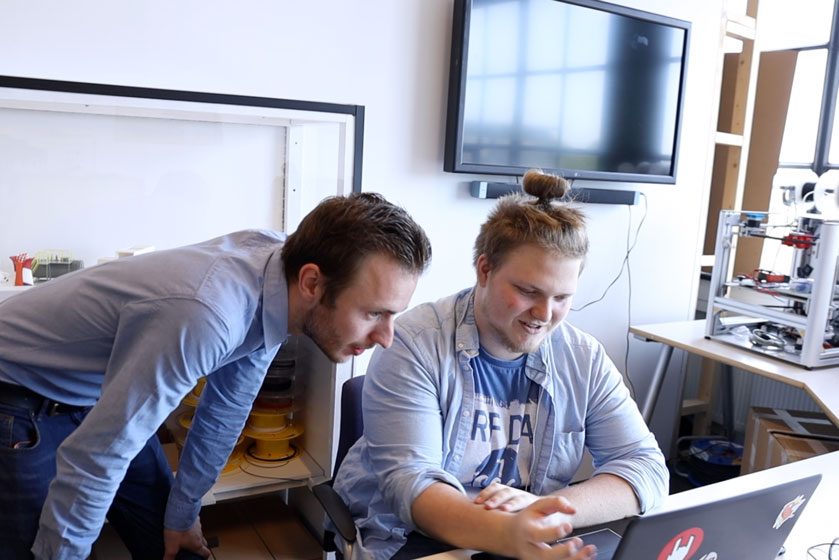 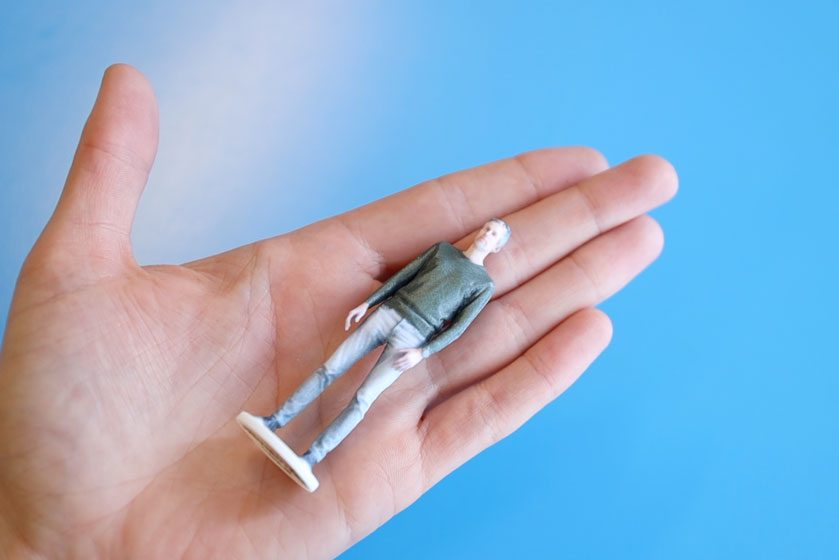 Japanese culture
Maikel is full of praise for the collaboration with Mimaki: “The company has a Japanese culture, which is reflected in everything it does. It takes some getting used to, but we have quickly learnt to appreciate it. For example, sales managers will never promise something that they can’t deliver. Their customers are important to them and they’ll really go out on a limb for you, especially when disaster strikes. For instance, once they even removed a part from their own demo machine to help us out with our malfunctioning device.”

Using Mimaki technology, Marketiger is a pioneer in the Netherlands within the 3D printing market, and from that viewpoint the collaboration is extremely valuable for both parties.

“We are their benchmark customer”, Maikel concludes. “I think it’s important for us to provide Mimaki with our feedback on the product, and in turn for our needs and wishes to be attended to. The company has a wonderful product and, as far as I’m concerned, we will be steady partners for many years to come. I am confident that with Mimaki, we will be able to conquer the market in which we are currently active.”