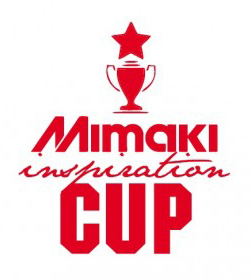 Moreover, winners of each local edition of the carting race participated in the final cup in Warsaw. They competed for the main prize – Mimaki JV150-160 ploter. The race happened to be highly exciting – as … the winner turned out be a woman – Ms Joanna Wojtyńska from REKLAWIZ; however, the winner of the second place, Adrian Puc from RABAK, was only 0, 015 s behind her. The third place went to Kamil Lewandowski from RAF DRUK. The winner of the second prize received a tone of interleaving paper founded by Munksjo. For the third place the company prepared a voucher for Sico Poland services. Undoubtedly, the highlight of the competition was the fact that the race has been hosted by well-known, and well-liked sports commentator Tomasz Zimnoch. He introduced the idea of a sector flag for EURO 2012 which has been printed by SICO Poland.

Apart from the training and carting race cup, the participants of the event could take part in a creative artwork competition: Mimaki Inspiration Contest by presenting their best large format printing works. The competition has been entered by 12 companies with 34 printing works. The jury, consisting of the representatives of Flexa, Sico Poland and trade press companies, analyzed each work considering its innovation, printing technology, materials used and design. Three works have been chosen. The main prize – Flexa Extrim 206 trimmer – went to Prograf SG company with its coffer made of two fabrics printed in a sublimation technology so that it reflects 3D effect. The second prize – Ergosoft 15 ripping software – was given to Labo Print company, and the third one – a voucher for SICO services – to the Klonex Group.

The idea of combining a standard conference with a carting racing, and a creative contest for the best large format printing turned out to be a highly attractive way of education – both pleasant and useful.