Home | News | Blogs | Is this one of the best 3DBenchies ever created?

Motivated by translucency after discovering Mimaki’s 3DUJ-553 printer, Dennis Harroun, an artist and founder of Mana Digital, reached out to Marketiger. The Dutch bureau was an early adopter of Mimaki’s 3DUJ-553 3D printer, and the perfect partner to create Harroun’s original piece ‘Wreck of the Benchy’. Inspired by nature and a popular 3D benchmark model, widely known as the Benchy, Harroun was determined to make the sculpture almost entirely transparent to create an underwater scene, asserting that the final artwork, “Exceeded my expectations for translucency and full colour in one single print to say the least.”

Sailing into the wind
Harroun had been creating ocean-themed pieces for some time, but 3D printing was just one tool he adopted. Models were made by resin casting, with 3D printed moulds used at various stages of the traditional epoxy/polyurethane process, and transparent resins replicating water. “I was drawn to full colour 3D printing possibilities, yet disappointed to see this area not really advancing as fast as others.” Discovering the Mimaki 3DUJ-553 and then connecting with Marketiger was a game-changer for Harroun: “To my delight I discovered that Mimaki was capable of printing with not only a wider spectrum of RGB colours, but even translucent colours! When I realised the potential of this specific printer, the idea behind ‘Wreck of the Benchy’ was born.”

All aboard!
Marketiger stepped up to the challenge of the ambitious project with expert knowledge and enthusiasm. Printing at 45 degrees to avoid surface warping, it took several iterations and calibration adjustments to equal the blue transparency achieved with Harroun’s alternative and, notably messier, resin method, which he’s thankful is no longer necessary. Soon, the 17.7cm tall piece was completed with a polish finish. The delightful light ray effect was unexpected but added to the underwater charm of the piece. “Until it was actually printed, I had no idea that the water aspect would in fact turn out so… water-like! I was pleasantly surprised to see that light does pass through in a way that resembles water, which is a goal I have in making these,” says Harroun.

The internet was left equally amazed by Harroun’s sculpture. A Reddit post on the artwork spawned over four thousand upvotes, with commenters remarking on the transparency and how it was completed in just a single print. Now, both Harroun and Marketiger hope that the breakthrough success of this sculpture will encourage more artists to work with 3D printing. The two are currently working on more ocean themed pieces and look forward to pushing the medium of 3D printing even further. 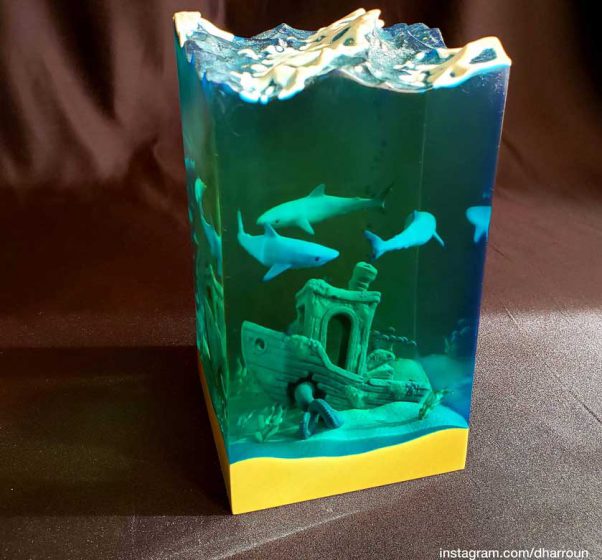 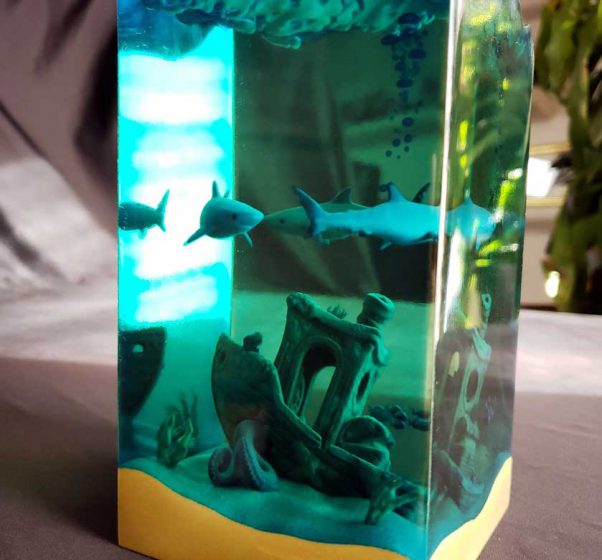 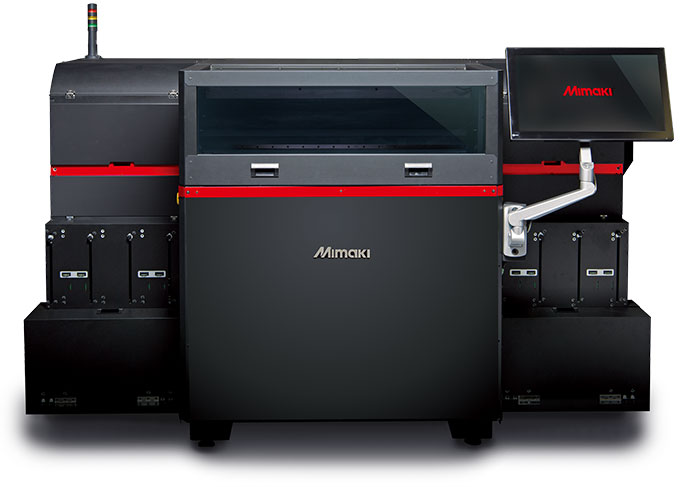