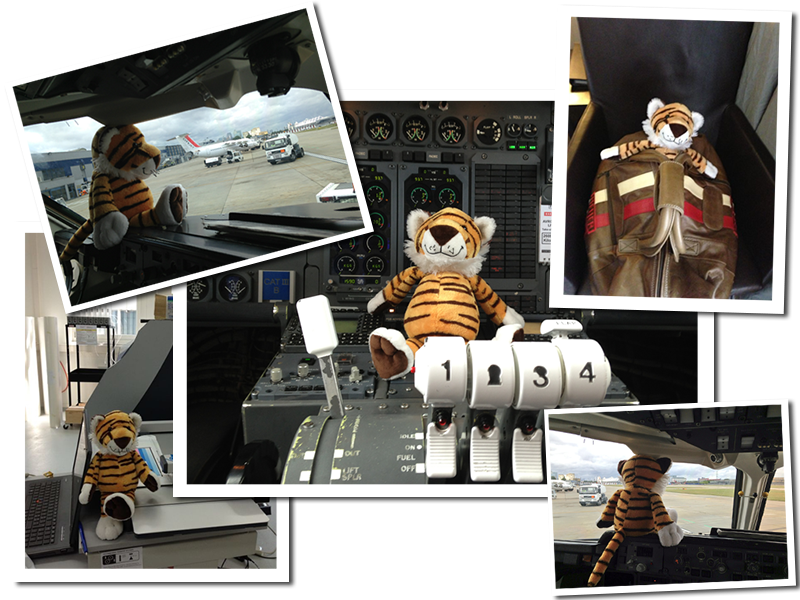 It started in the early morning if the Saturday before the show, I went to the airport, checked in, got my boarding pass and after a small drink in the Lounge I was able to go to the airplane.

I did have to complain to the crew as my seat was really small so I got one in Premium Class :).

The flight was interesting but short, I was asked to help the pilot to land, strangely he did not know where to park the plane so I showed him where as we would have been in the wrong place. Good that I know these things.

After this we went to the London Excel Fespa tradeshow building where the booth of Mimaki would be build and all the Mimaki Staff would live for a week. After arriving I found out that this is a huge building and I was a bit scared as I might get lost. But I found a place on the booth to look at all the members of the building team and they really worked hard.

The Students from the Aquarium really also took good care of me via the creation of the Pertama Jungle,

but because of this the Wednesday the show became quite hot so they changed it again next day. 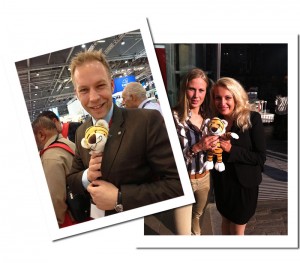 As for all the trade show days, I has press interviews, a press conference, a dealer event and I was meeting people from around the world. I was there all the time making sure Mimaki was showing the best products in the market and therefore making one happy tiger. I was able to talk to many journalists and visitors about why Mimaki adopted “Pertama” my real me and what the company is doing to make things better for the environment.

The Mimaki crew did everything possible to make me happy during the show days. *(Thanks) The only thing I need now is a great big holiday. I will be back soon and tell you my Holiday trips to Singapore, Korea, Japan and some more places around the world soon..